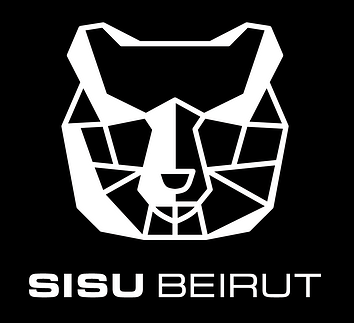 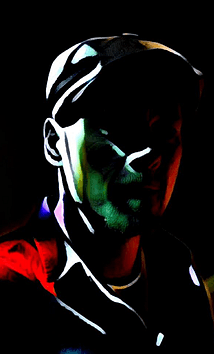 I am an international Director, Producer and Editor currently based in Helsinki Finland with background in Advertising, Global TV Networks, Branded Content and Emmy Award® winning drama series. I specialize in directing adverts from creative to the post production, writing and directing  short and long format documentaries, directing and producing extreme sports and music videos. I have nearly 10 years of experience in directing and live editing multicamera live concerts with over 20 artists and bands.

As a Producer I specialize in project financing, project management and have delivered many  talks at international events, such as Toronto International Film Festival, Istanbul Film Festival and Doha Tribeca Film Festival, about brand positioning, digital communications strategy and marketing content through social networks,.

I taught broadcast and multimedia journalism, video editing and several digital media courses at the American University of Beirut between 2013-2018 and lectured in the Danish School of Media and Journalism.

I am the Founding Managing Director of SISU BEIRUT, a production company at the forefront of creative content in the Middle East and North Africa since 2013.

I also freelance as a director and editor.

Do get in touch.

For inquiries and further worksamples, please get in touch though the form below:

SISU BEIRUT is an internationally operating production company, with a collective of production teams in three continents and multiple countries.  We specialize in tailoring complex productions for global organizations from adverts to music videos and documentaries.

Wherever the location of the production, we will get it done spot on to your brief.  We also provide a ful  production service in countries such as Lebanon, Egypt, Jordan, Syria, Iraq, UAE and Qatar, where we can help you with permits, locations, equipment, crews and cast.

Collectively our professional background is composed of work for International Broadcasters, the likes of the BBC, Al Jazeera English, and MBC; global advertising Agencies such as Saatchi & Saatchi, Quantum Communications, and Leo Burnett; and global brands such as Red Bull, Nokia and Heineken to name a few.

My passion lies in charachter led engaging and entertaining content that speaks to all audiences, regadless whether it is a historical documentary feature, an adventure and excitement packed branded content story, or a corporate promotion. I provide a full service from script writing to project delivery on any required format.

During my time at Al Jazeera English in London, I worked on the Award Winning Documentary program Witness for 2 years as a reseracher, writer and director as well as a studio producer.

I create music videos and music driven branded content videos for global clients such as Red Bull Media House, Heineken and Nacelle Egypt. I have worked with numerous international bands,  DJs and electronic music pioneers over the years.

I have worked for the past 10 years globally with various corporations as well as non-governmental organizations in creating entertaining and educational advertising. Regardless of the message, for me visual storytelling is the key for achieving the desired impact among audiences.

In 2016 the American University of Beirut (AUB) commissioned a 45min historical documentary feature film to celebrate the incredible and eventful 150 years of  it’s existence. We tell the story of how a vision of an American protestant missionary played an integral part in the  history of Lebanon and the whole Middle East.

We had the proviledge to visualize Red Bull athlete, Cédric Dumont, perform the first ever wing-suit flight, landing at the steps of the Great Pyramids of Giza on Thursday January 29, 2015. In a show of confidence in Egypt's stability and unmatched tourism attractions, he landed to the last of the original seven wonders of the world, thanks to the cooperation from Egypt's Ministries of Defense, Youth & Sports as well as Antiquities and the General Secretariat.

Red Bull BC One is a global one-on-one breaking competition. Every year, thousands of breakers compete for a chance to represent at the Red Bull BC One World Final. 16 b-boys and 16 b-girls earn the right to enter an all-out battle on the Red Bull BC One stage, but only one will be crowned the champion. With 18 World Finals hosted in major cities around the world since 2004, Red Bull BC One has over 60 qualifier events and programmes (cyphers and camps) in over 30 locations.

I have directed live concert visuals and multicamera broadcasts for over 20 leading Middle Eastern artists and bands in events such as Red Bull Sound Clash: Lebanon, Jordan, Egypt and UAE and Middle East Music Event in Cairo 2019.

I also live direct corporate events for some of the biggest corporations in Finland such as Fazer, UPM, SAMPO and KESKO. In 2022 I directed the live brodcast of the musical "Huomenna minä lähden" at Kuopion Kaupungin Teatteri for 16 cinemas across Sweden in partnership with Riksteatern Sweden.

When Egyptian producers and composer, French choreographer and 80 dancers, Finnish director and production crew meet in a studio in Paris, this is the kind of magic that comes together.